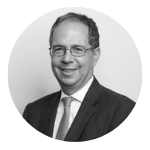 Tim Castle SC is Chair of LAWASIA’s UNCITRAL Committee and has over 20 years experience as a barrister at the Sydney Bar in Australia, practicing in a wide range of trial and appeal matters. Tim’s principal areas of practice involve commercial disputes in the areas of arbitration, banking, contracts, competition, franchising, insolvency and insurance law. Tim is also a Fellow of the Chartered Institute of Arbitrators.

In relation to UNCITRAL, Tim was the founding Chair of the UNCITRAL National Coordination Committee of Australia, and attended Working Group I in New York in 2014 as a LAWASIA Observer. Tim has also spoken at conferences in Bangkok, Hong Kong, Macau and Siem Reap on UNCITRAL issues relating to cross-border insolvency and e-commerce, and in Australia in relation to the New York Convention and the work of UNCITRAL since its inception. 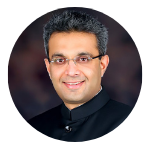 Shreyas Jayasimha is an advocate, arbitrator and trained mediator based in India, and is the founding partner of Aarna Law, a boutique counsel led international and domestic dispute resolution practice. Shreyas has conducted several complex trials, has appeared before various High Courts and the Supreme Court of India. He has also represented clients before various international and domestic arbitral tribunals and mediation fora and has represented the Republic of India in significant Investor State Arbitrations. He has also founded Simha Law at Maxwell chambers, Singapore.

Mr Shreyas has read law at the National Law School of Indian University and was a Chevening Scholar at the University of Warwick and enrolled as an Advocate in 2000. Shreyas is a member of Foundation for International Arbitration Advocacy (FIAA), Geneva since 2012, is the National Coordinator for the UNCITRAL National Coordinator for the UNCITRAL National Coordination Committee of India (UNCCI) and is a member of Mumbai Centre for International Arbitration (MCIA) Council. Shreyas is the only India based representative of the ICC- FraudNet which formed the Asset Recovery Group India (AGRI). He has advised on several aspects of technology law including nuclear, space, aviation, blockchain and advised enterprises of all sizes from startups to Indian and Global Corporates.