The Committee arranges a biennial Family Law and Children's Rights Conference which has become a must-attend event for both lawyers and their industry partners in the child justice sector. 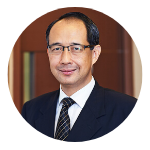 Yap Teong Liang was called to the Bar of England and Wales (Middle Temple) in 1991 and admitted as an Advocate & Solicitor of the Supreme Court of Singapore in June 1992.

After being admitted to the Singapore Bar, he joined a well-known law firm where he became a partner and headed the matrimonial department in that firm from January 1996 to May 1997 when he left to become one of the founding partners of another law firm. On 10th June 2002, with 10 years of experience behind him, he set up his own boutique law firm specialising in Family Law.

Teong Liang has extensive experience in the area of Family Law which he specialises in. He is no stranger to representing high net worth and high-profile clients, handling cases involving foreign marriages, cross border international jurisdictional and forum issues (Australia, China, France, Germany, United Kingdom, United States of America), child abduction and relocation cases, complex child custody, care and control and access cases, child maintenance, maintenance for the wife, division of matrimonial assets and family violence. He is currently Co-Chair of the Family Law Practice Committee of the Law Society of Singapore and Chair of the Family Law Committee and Executive member of LAWASIA. Teong Liang is an Associate Mediator with the Singapore Mediation Centre and an Accredited Mediator with Regent’s University, UK. He is appointed by the Chief Justice as a member of the Rules Committee under Section 139 of the Women’s Charter (Cap 353) and was recently appointed onto the panel of Child Representatives by the Family Justice Courts.

Mr Yap served as Vice President of LAWASIA in 2017 and was re-elected to the LAWASIA Executive Committee in 2018 and 2019.

The Family Law & Family Rights Committee has developed a list of national representatives from many of LAWASIA's member jurisdictions who contribute news and information on family law from their home jurisdictions: