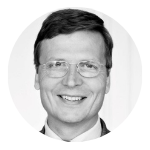 Following his legal studies in Germany and France, Henning von Zanthier obtained the LL.M. degree at Tulane University in the United States in 1989. In 1991, he was admitted to the Berlin bar and started working at a large international law firm. He founded the law firm "VON ZANTHIER & SCHULZ" in Berlin in 1992, with its focus on business law, tax law and bookkeeping.

In 1995, he established the first German linked law firm in Poznań, Poland. In 2003, he was the first member as a foreign lawyer at the Poznań Bar. He is the first non-Polish lawyer who has also been fully admitted to the chamber in Poznań. He lectured on Polish law at the Free University of Berlin between 2004 - 2007. He focuses on corporate law, commercial law and Polish renewable energy law. Henning von Zanthier was the chairman of the Polish-German Association of Legal Experts between 1993 and 1998.

He is one of the founders and was President of the League of Lawyers in 2014 -2020 – an association of 20 medium-sized business law firms from Asia and Europe. He has authored a number of articles on German Business law . He regularly gives lectures on this subject for various institutions. He also lectured at the Adam Mickiewicz University in Poznań on UN Convention on International Sales of Goods (CISG). His law firm has clients from China, Japan and India, who invest in Germany or Poland. He is member of LAWASIA since 2006 and was a constant speaker in the M&A subcommitte (2006-2015). Since 2016 he is the Chairman of the Asian-European Subcommittee within LAWASIA.