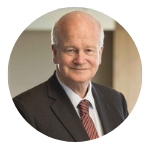 Dr Gordon Hughes is chair of the South Pacific Lawyers Association.  Previously he served as President of LAWASIA from 2001 – 2003, and President of the Law Council of Australia from 1999 – 2000.

Dr Hughes chaired the LAWASIA Human Rights Committee from 2005 – 2009, and is currently chair of the Business Law Section. He was made a Distinguished Member of LAWASIA in 2005 and an Honorary Life Member in 2007.

Dr Hughes has practised extensively in the area of intellectual property, technology contracts, dispute resolution and data protection, and is the author of leading texts on computer contracts and data privacy. 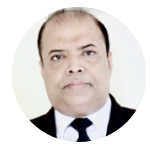 Sunil D.B. Abeyaratne (Justice of Peace and Unofficial Magistrate) enrolled as an Attorney-at-law of the Supreme Court of Sri Lanka in 1986. He holds LL.M (Queen Mary College of the University of London), MBA (Indira Gandhi National Open University) and Diploma in Forensic Medicine, Science and Toxicology (Faculty of Medicine, University of Colombo).

Mr Abeyaratne is a practising Attorney-at-Law and a Commercial Arbitrator. He is a visiting lecturer and examiner of the Faculty of Law and Faculty of Medicine of the University of Colombo, Department of Law of University of Peradeniya and Bar Association of Sri Lanka (BASL), Sri Lanka Law College, APIIT Law School, ICBT campus, National Police Training School of Sri Lanka and NIBM on ICT Law. He is also a lecturer and examiner of the Arbitration Centre of Kandy (TACK) on Commercial and Construction Arbitration Law.

He is a Bar Council member of BASL, Exco member and representative of Law of the Organisation of Professional Associations of Sri Lanka. Mr Abeyaratne is also the chairman of the Arbitration Centre of Kandy affiliated to the Chamber of Commerce of the Central Province, the Institute of Legal and Management Studies in Sri Lanka and the ICT Lawyers’ Guild of Sri Lanka. He has been appointed as a researcher of China-South Asia Law Research Centre, Yunnan University, Kunming.

He has presented over 100 conference & seminar papers at National and International Conferences including LAWASIA annual, IT Law and Employment Law Conferences, 800th Anniversary celebration of Magna Carta (representing LAWASIA), IBA Conferences and contributed many articles to leading local and international law journals and to the Sri Lankan press on ICT law, Intellectual Property Law, Commercial Arbitration Law and employment law. He authored the book titled “Introduction to ICT Law” and “Information and Comunication Technology Law - Lawyers’ Handbook”. He is also the Chief Editor of “the Business Lawyer”, the Law and Management annual journal.

Mr Abeyaratne was the Secretary of the Bar Association of Sri Lanka (2006-2008). He served as a member of the Incorporated Council of Legal Education in Sri Lanka and Board of Governors of the National Arbitration Centre. He was the Chairman of the 1st National Information Technology Law Conference of Sri Lanka organised by the BASL in 2007.

He was instrumental in strengthening the relationship between LAWASIA and BASL and headed the organising committees of the LAWASIA ICT Law Conference (2008) and LAWASIA Business Law Conference (2012) held in Colombo. He served as Vice President and Exco member of LAWASIA, and Country Councillor / Alternate Councillor and Acting Country Councillor for the BASL. Mr Abeyaratne headed the sessions committee of the Presidents of Law Associations (POLA) Summit held in Colombo, 2017 and represented the President, BASL, at the POLA Conference held in August 2018, Canberra.